In 2008, I spent one summer as an artistin-residence in Reykjavik, Iceland. Having lived in Finland for almost a decade at that time, I was used to with being surrounded by forests. When experiencing Iceland’s wonderful landscape with no tree or with only small, crooked trees, a question occurred to me: Why is Iceland treeless? After some research, I found out that due to the cold climate and strong wind, trees in Iceland take long time to grow: only 5cm a year! Iceland used to have forests actually. But they are rarely seen today, because no new trees have been planted once some old ones have been cut. However, Iceland is attempting to initiate forestry in the treeless land!

Being impressed by this attempt, I decided to contribute to reviving forests in Iceland conceptually, by creating birch trees using paper string, a product of Finnish forests, to represent the beginning stage of growing trees or the becomingness of Iceland’s forests.

After nearly two years, the first piece was completed and named The Birch Tree. Since then, more trees as well as birds have been created. In July 2012, four years after the residency, the first installation of the forest was assembled in Berlin in the Helsinki Fresh! exhibition and entitled The White Forest. The second assembling of this series took place in London at the Mall Galleries in May-June 2013 in the exhibition namely Liminal. The metaphorical forest took four years to form while the actual forest can take much longer time. 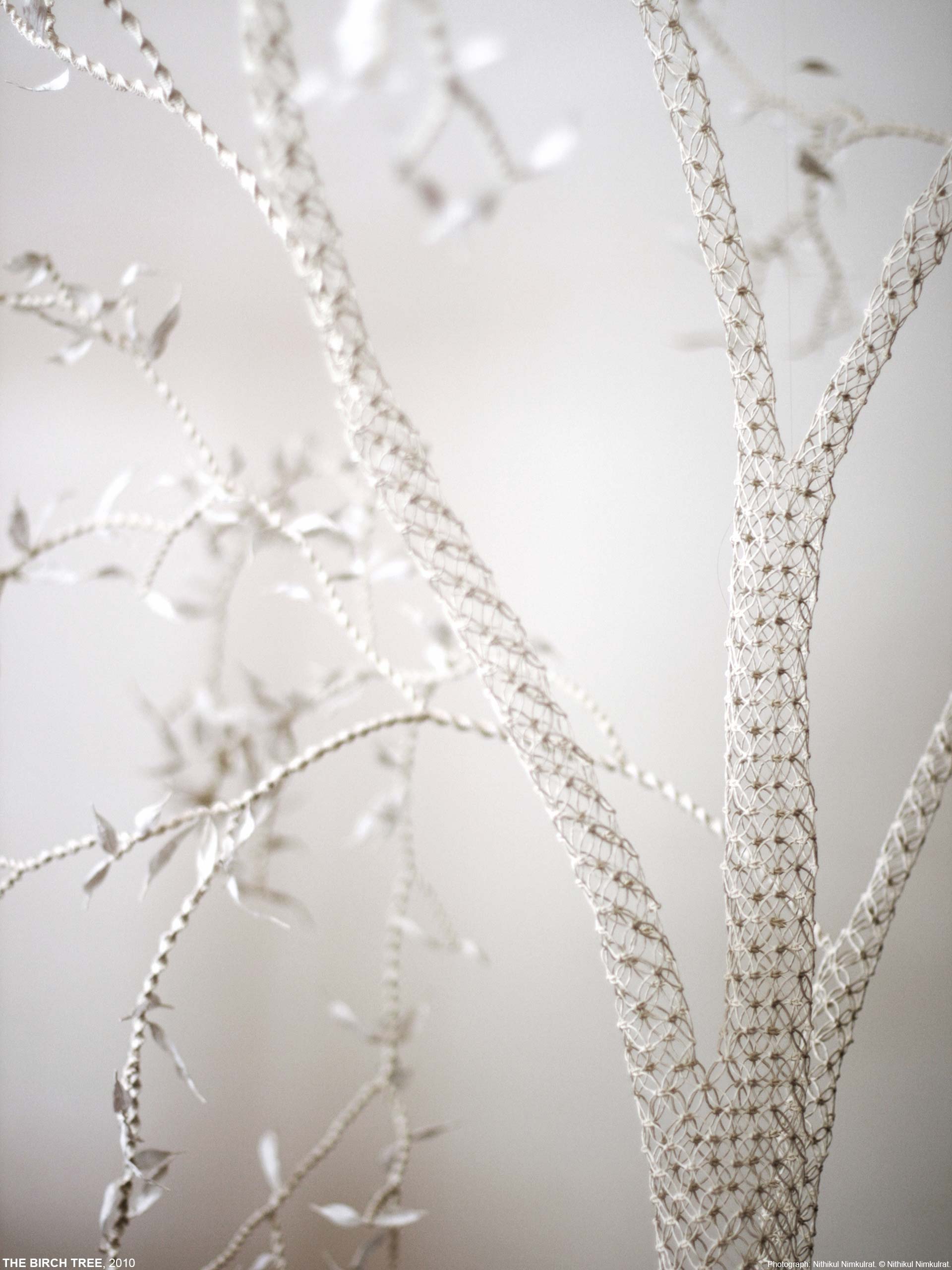 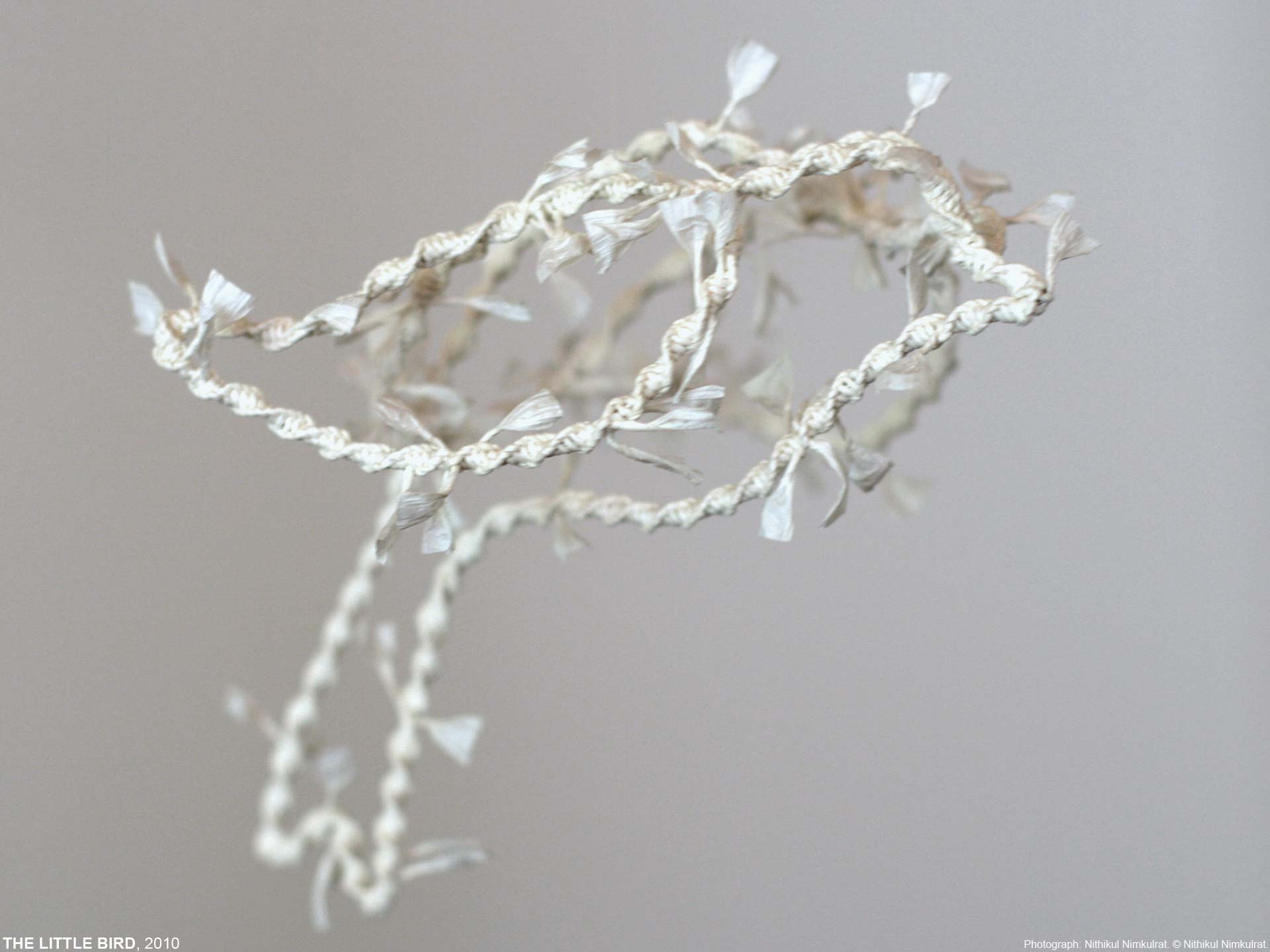 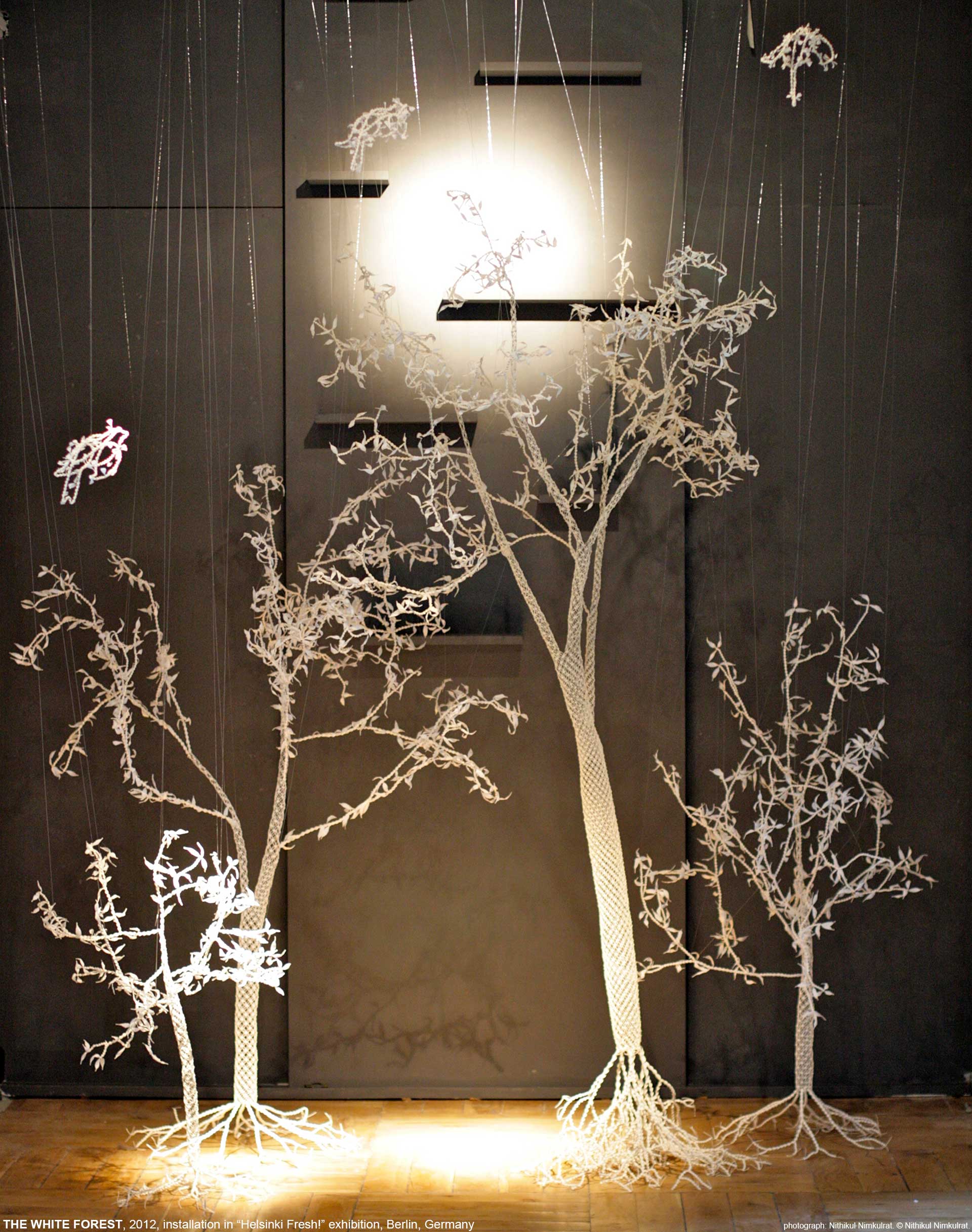 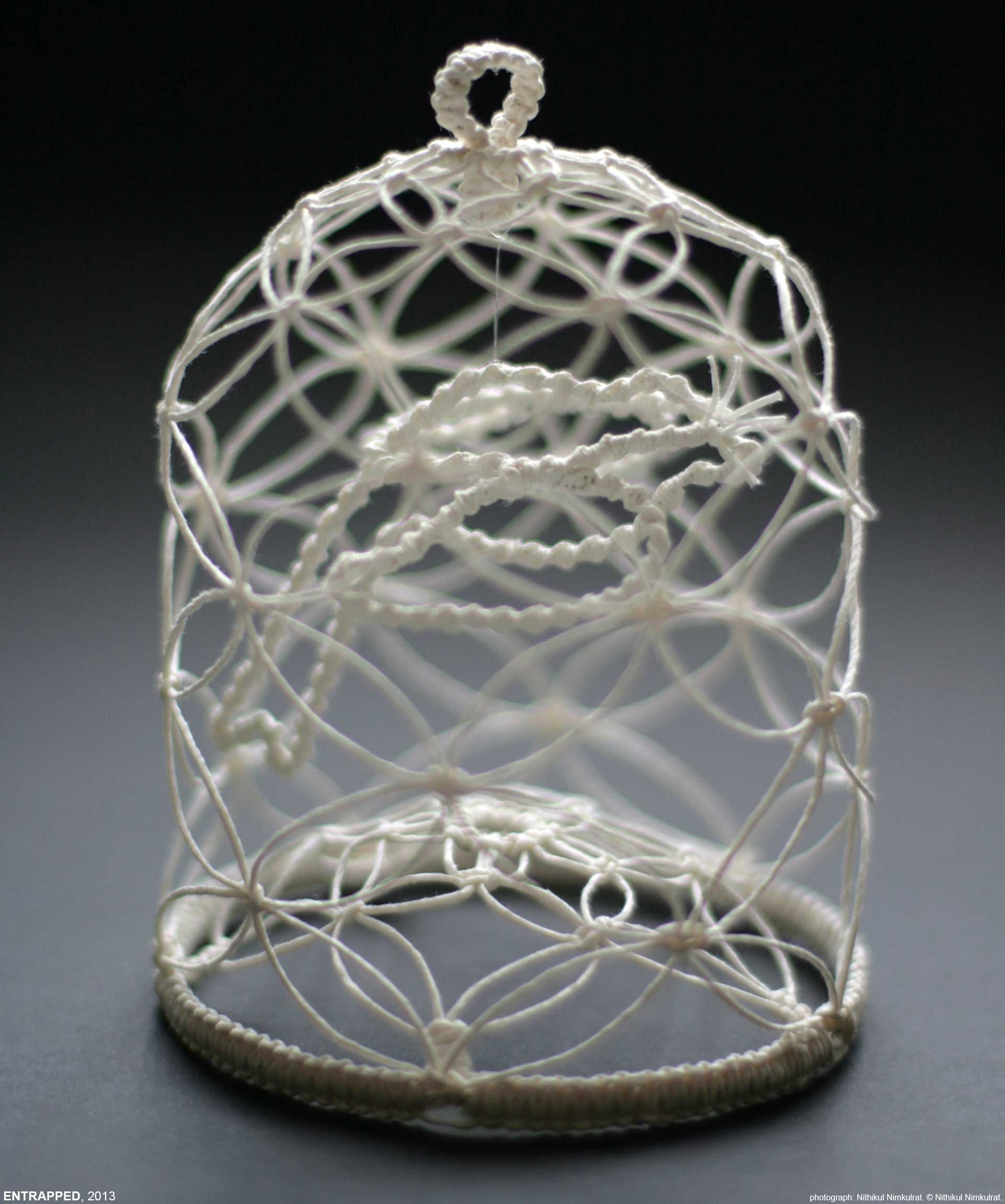