On Thursday 19th May at 17.00, the opening of Nithikul Nimkulrat’s exhibition “White Forest” will be held.

The growing of “The White Forest” began in July 2008 in Reykjavik, Iceland when Nithikul was an artist-in-residence at the Association of Icelandic Visual Artists (SÍM). Travelling around the country and experiencing Iceland’s wonderful landscape to seek inspiration, a question occurred to her mind: Why is Iceland treeless? Unlike Iceland, Finland – a country locating in the same continent as Iceland – has prosperous forests that surround people’s everyday life. As a textile artist and a designer who had lived in Finland for over a decade at that time, Nithikul was fascinated by it. Having researched this topic further, she found that Iceland was trying to revive their forests, but due to strong wind and little sunshine, trees grew extremely slowly (only 5cm a year). To contribute to their mission conceptually, “The Birch Tree” was made using paper string, a product of Finnish forests, to represent the beginning stage of growing trees or the becomingness of Iceland’s forests. After two years spent to complete “The Birch Tree”, Nithikul has continued growing a forest.

Since then, “The White Forest” has kept growing slowly. The slow growing gives an environmental message – although the process of growing “The White Forest” requires tremendous time and patience, to grow an actual forest can take much longer time, greater efforts and collective contribution.

“The White Forest” has been exhibited in Berlin (2012) and London (2013). It is now shown in Tallinn, the city in which it is currently being grown.

Nithikul Nimkulrat is Professor of Textile Design and Head of Department of Textile Design at the Estonian Academy of Art. Nithikul received a Doctor of Arts (2009) and a Master of Arts (2002) from Aalto University School of Arts, Design and Architecture (Finland) and a Bachelor in Industrial Design (1997) from Chulalongkorn University (Thailand). For over a decade, she has exhibited her worked internationally, and has worked as a researcher and an educator in universities in Finland, UK and now Estonia.

See Estonian TV News Programme "Aktuaalne kaamera" [Actual Camera] in which the exhibition has been featured. 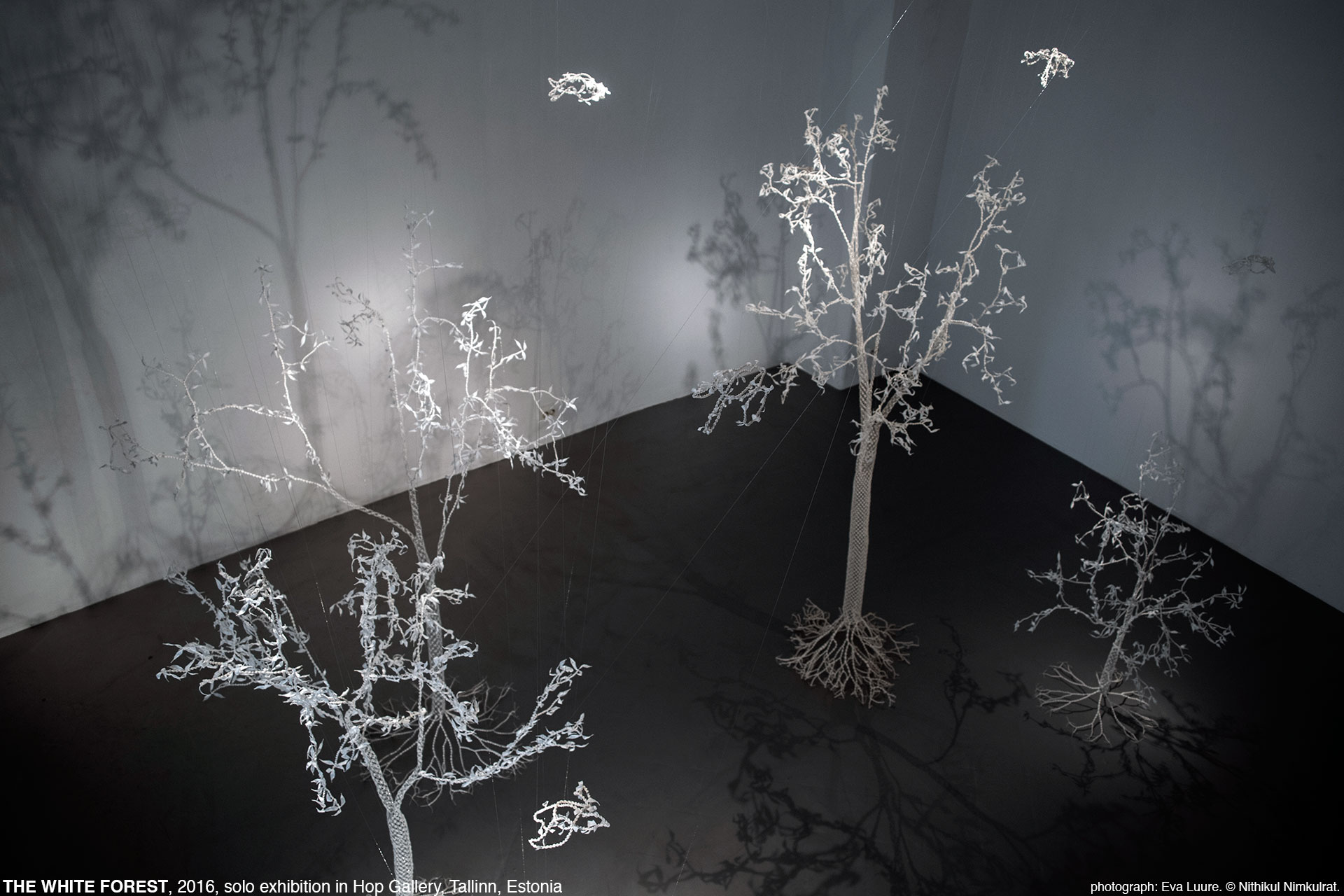 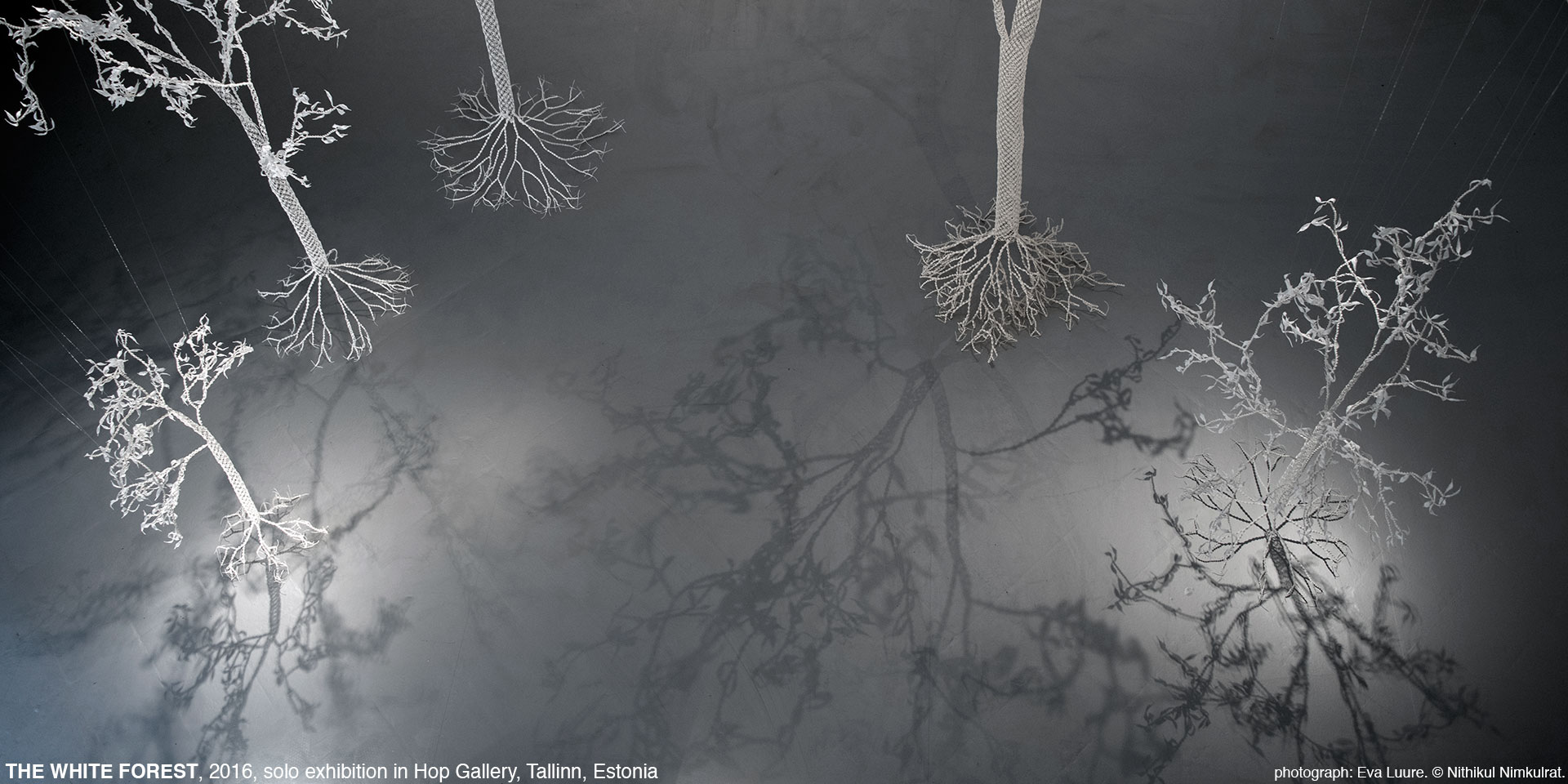 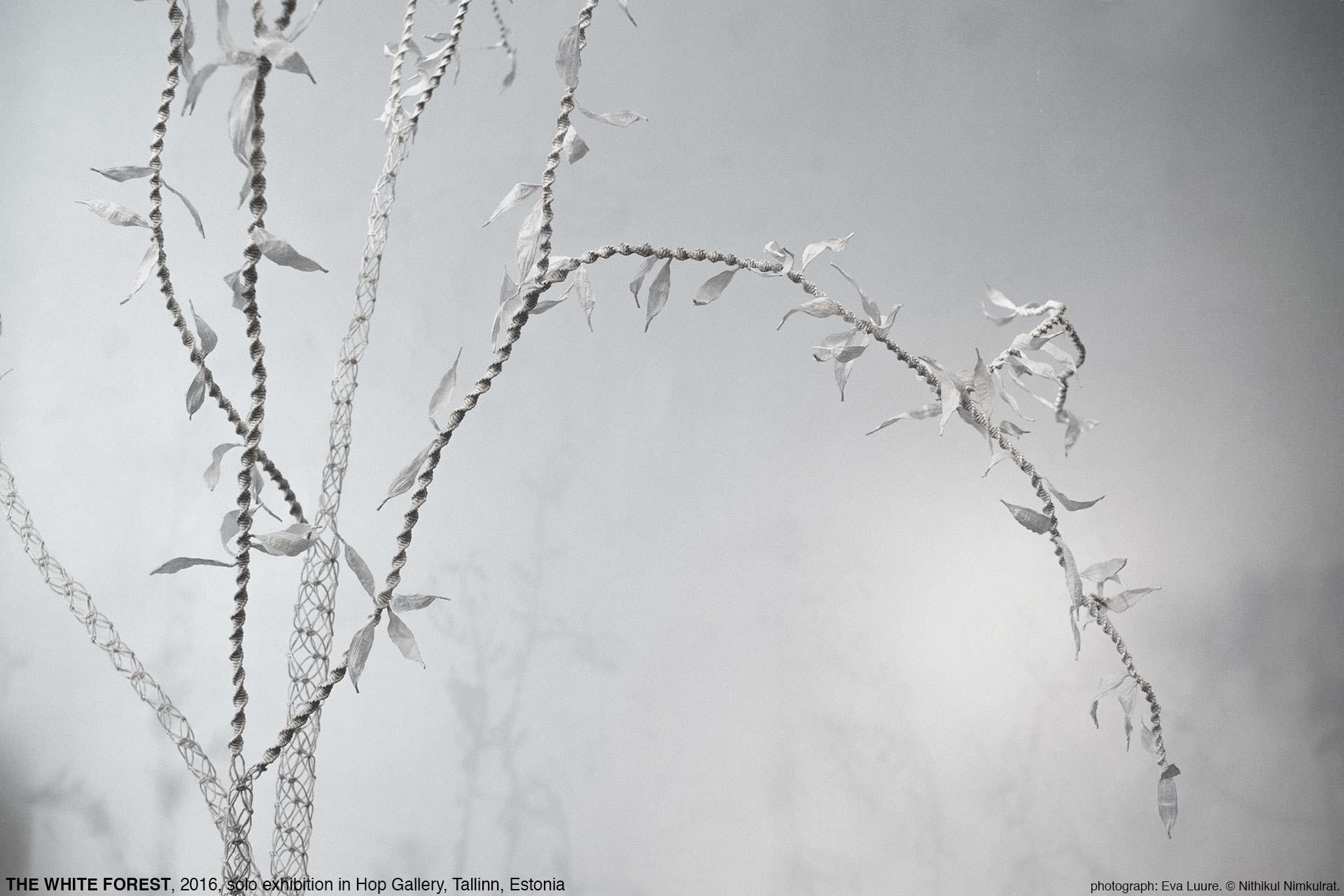 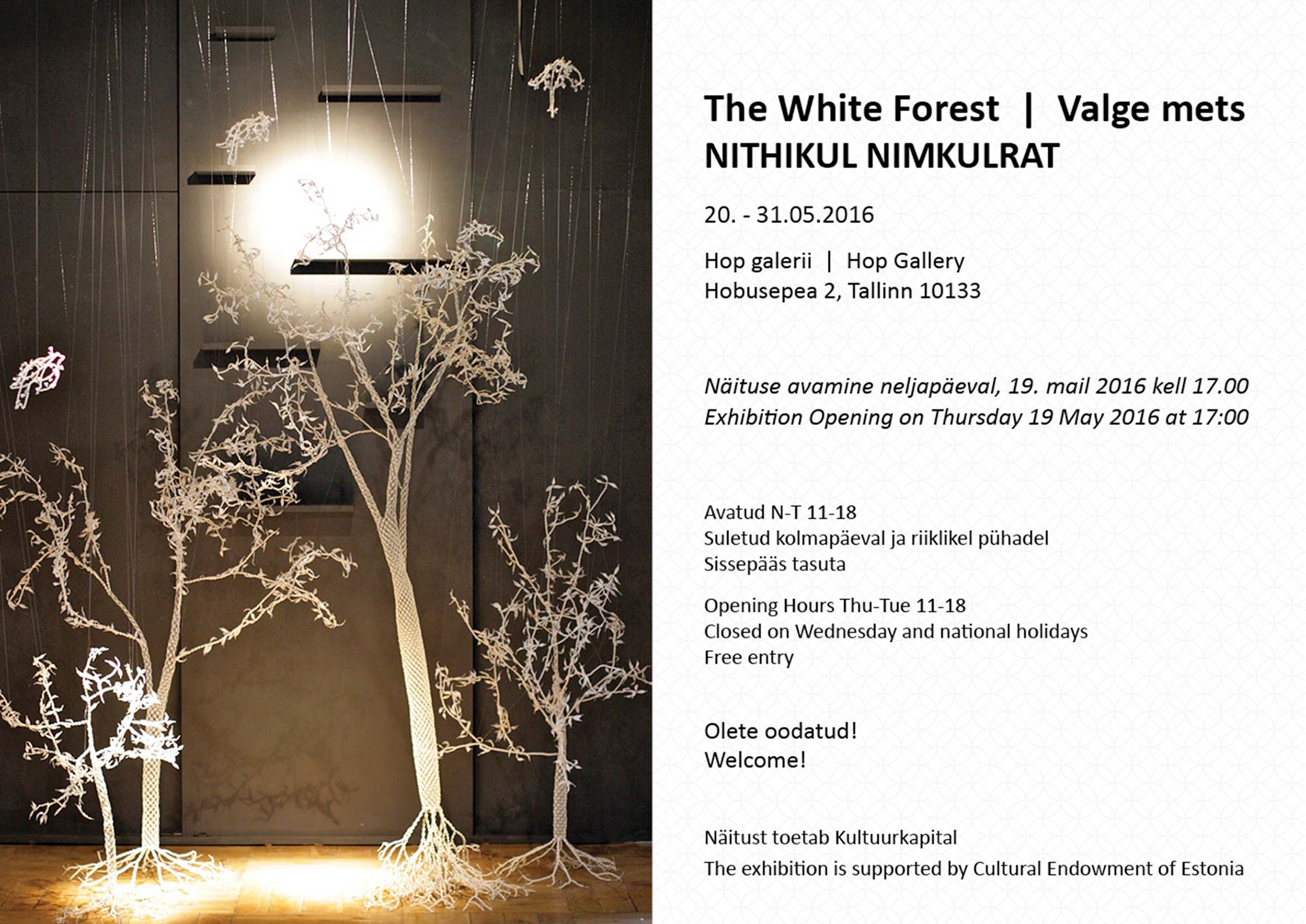