The F(r)ame Without Painting I, II, III

This series was commissioned by Gallen-Kallela Museum in 2010. The inspiration of it came from Akseli Gallen-Kallela’s multi talent for not only painting and drawing but also designing and crafting various useful and decorative items, including frames for his own paintings. However, his famous paintings in printed media are usually presented with no frames. Why?

The F(r)ame without Painting I, II, III intends to revitalise the meaning of Gallen Kallela’s painting frames and demonstrate the equal importance of frames to paintings.

The series consists of three artefacts in the form of frames in the dimensions that correspond to Gallen-Kallela’s Madonna (1891), whose frames were designed by the artist himself. The empty frames made of paper string, which is an unusual material for picture frames, become a metaphor for holding both Gallen-Kallela’s missing paintings and his fame. The empty frames are meant to be works of art and do not function as picture frames, thus requiring no paintings. 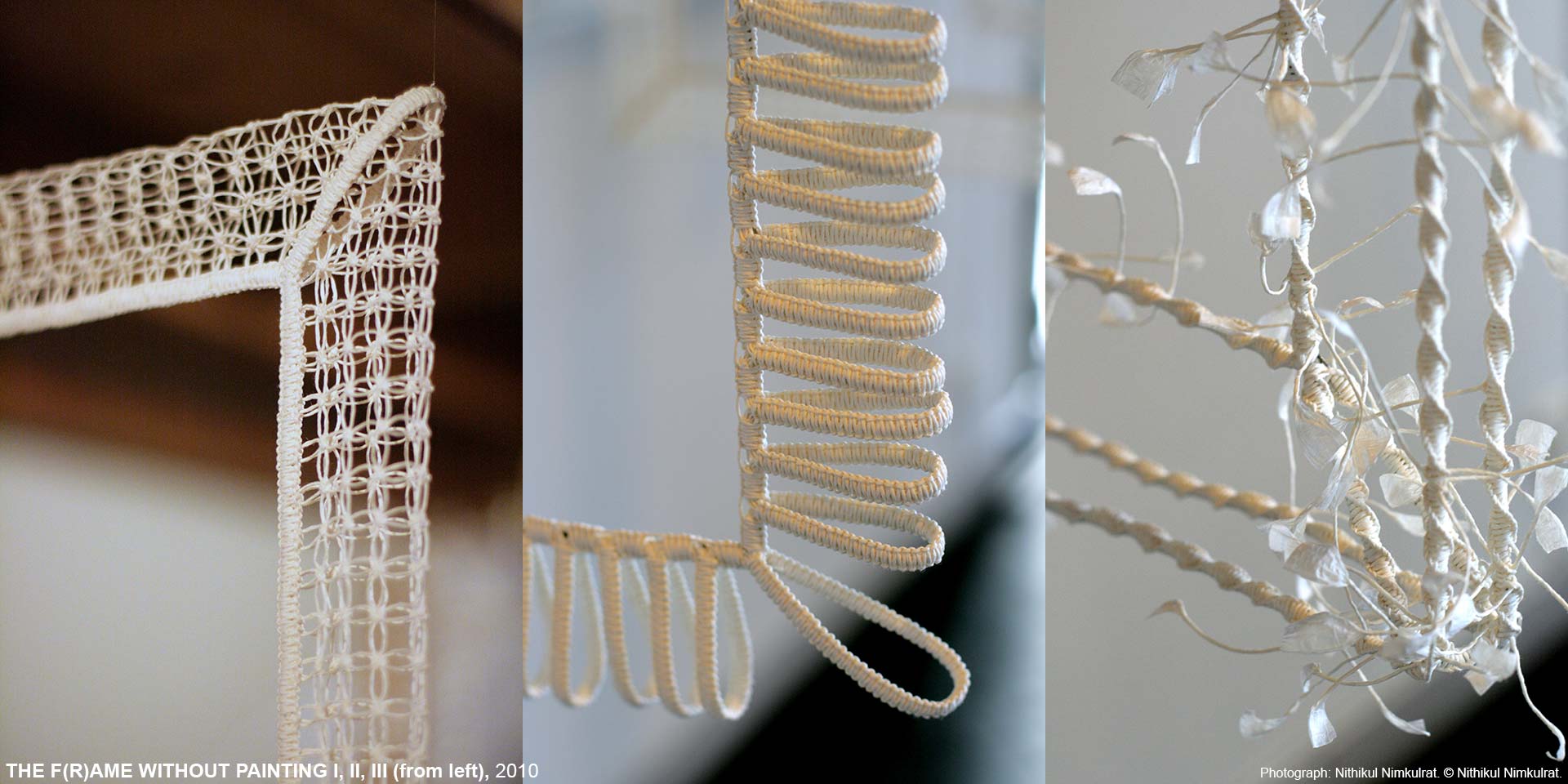 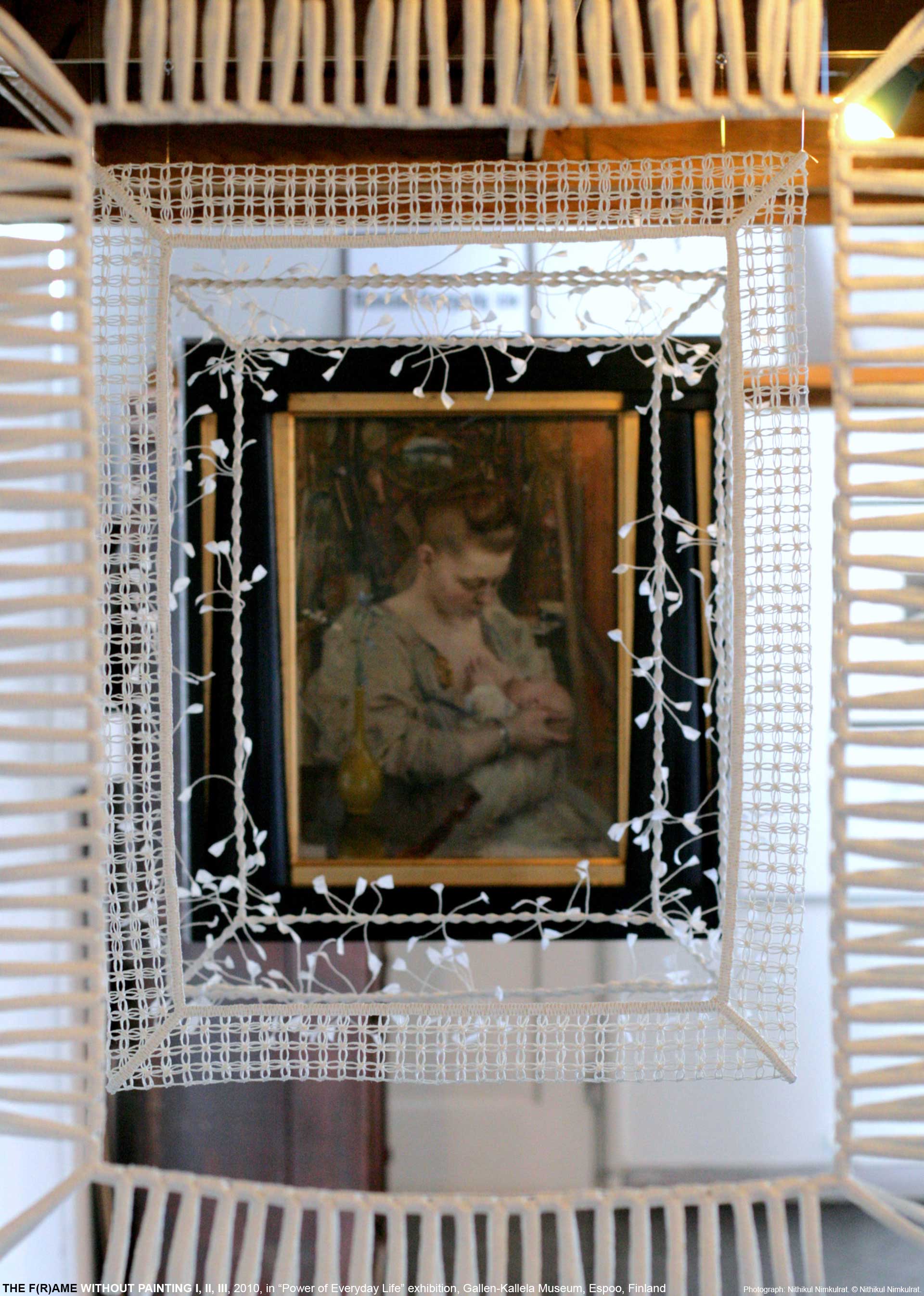