Seeing Paper was the first series of three-dimensional textiles produced in relation to the doctoral dissertation: Paperness: Expressive Material in Textile Art from an Artist’s Viewpoint. The art series explored the influence of different physical qualities of paper string on the creative process. It also examined the expressive qualities of the artworks as influenced by their materials. The set of three types of paper string was used together with two knotting techniques to construct two series, each consisting of three pieces. In each series, colour, technique and mould were fixed factors, whereas the material factor was variable.

The concept of Seeing Paper showed that a material metaphorically lives in this world. This notion originated from the argument that a material possesses specific expressive potential. I developed the idea of creating my artefacts in a form of female dress-like sculptures, as a metaphor for human beings (women). I used the metaphor for female humans to convey the idea that although the forms and structures were analogous, the particular character of each individual was expressed through the material. To represent different female persons, differing kinds of paper string were expected to embody the meaning of different human personalities and temperaments.

Seeing Paper won Silver Bobbin Prize in the 12th International Lace Biennial – Contemporary Art, Queen Fabiola’s Grand Prix in 2006 in Brussels, Belgium, and received Prize of the Public in this event’s touring exhibitions in Heidelberg, Germany and St. Gallen, Switzerland in 2007 and 2008 respectively. 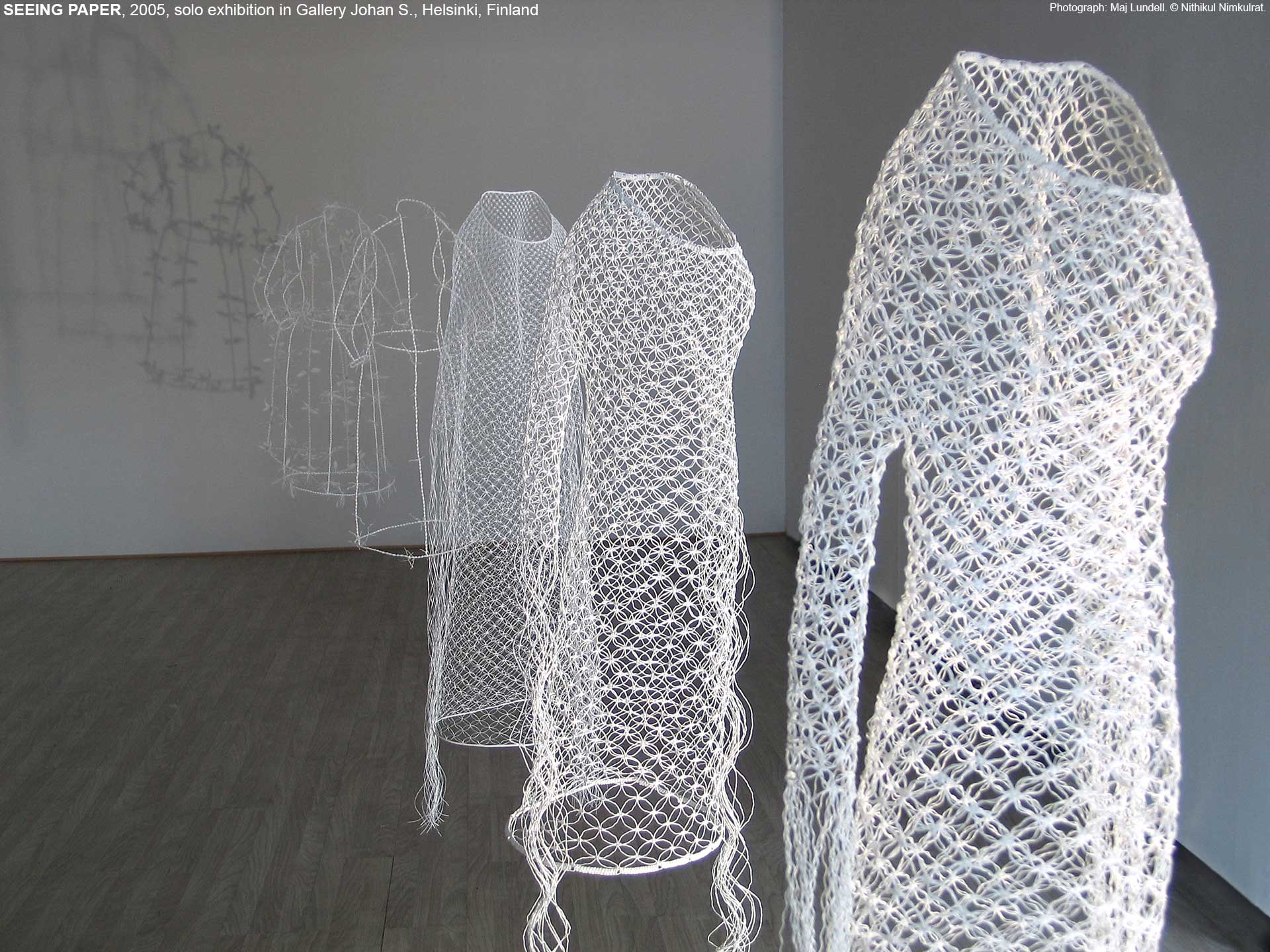 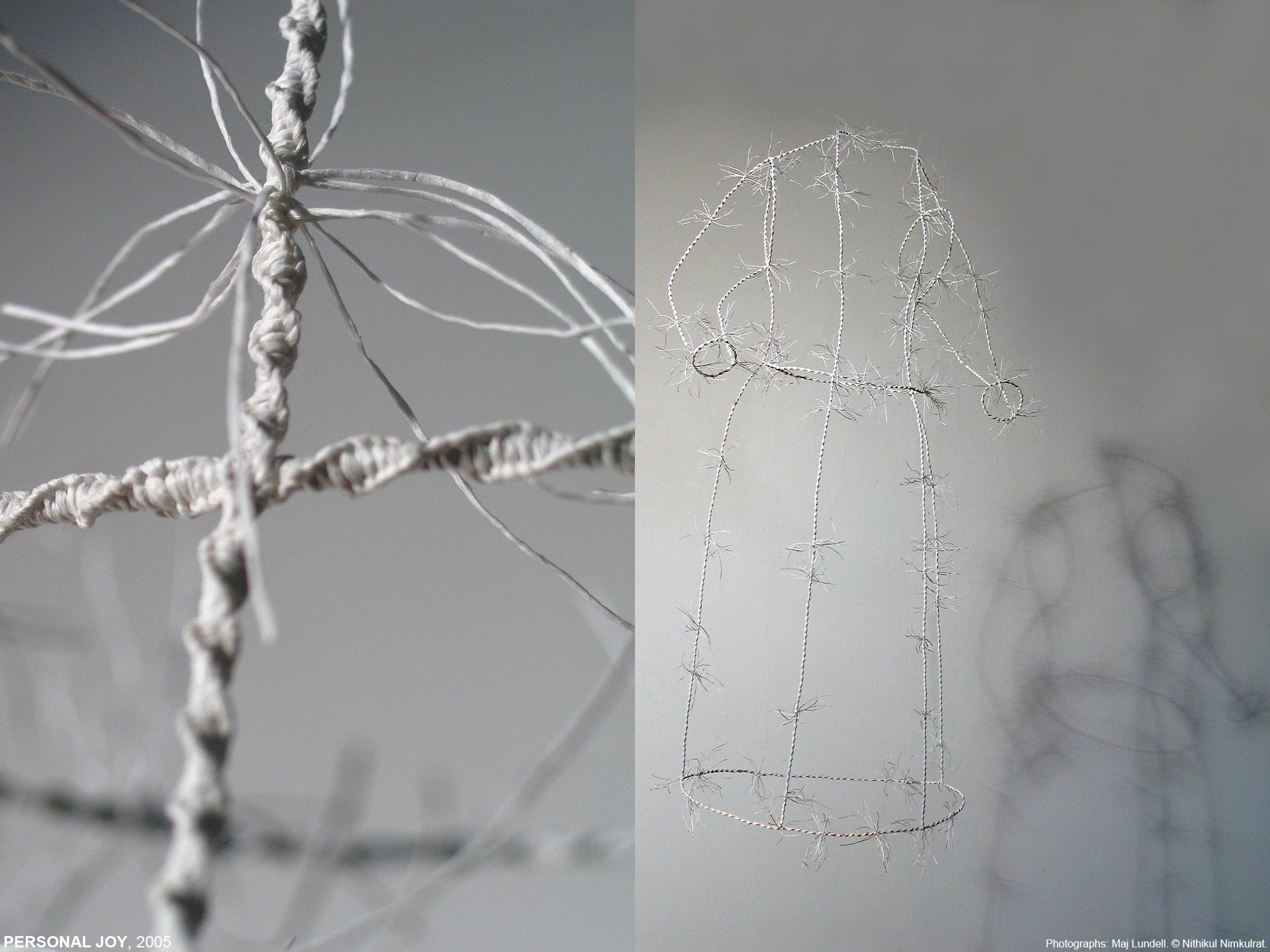 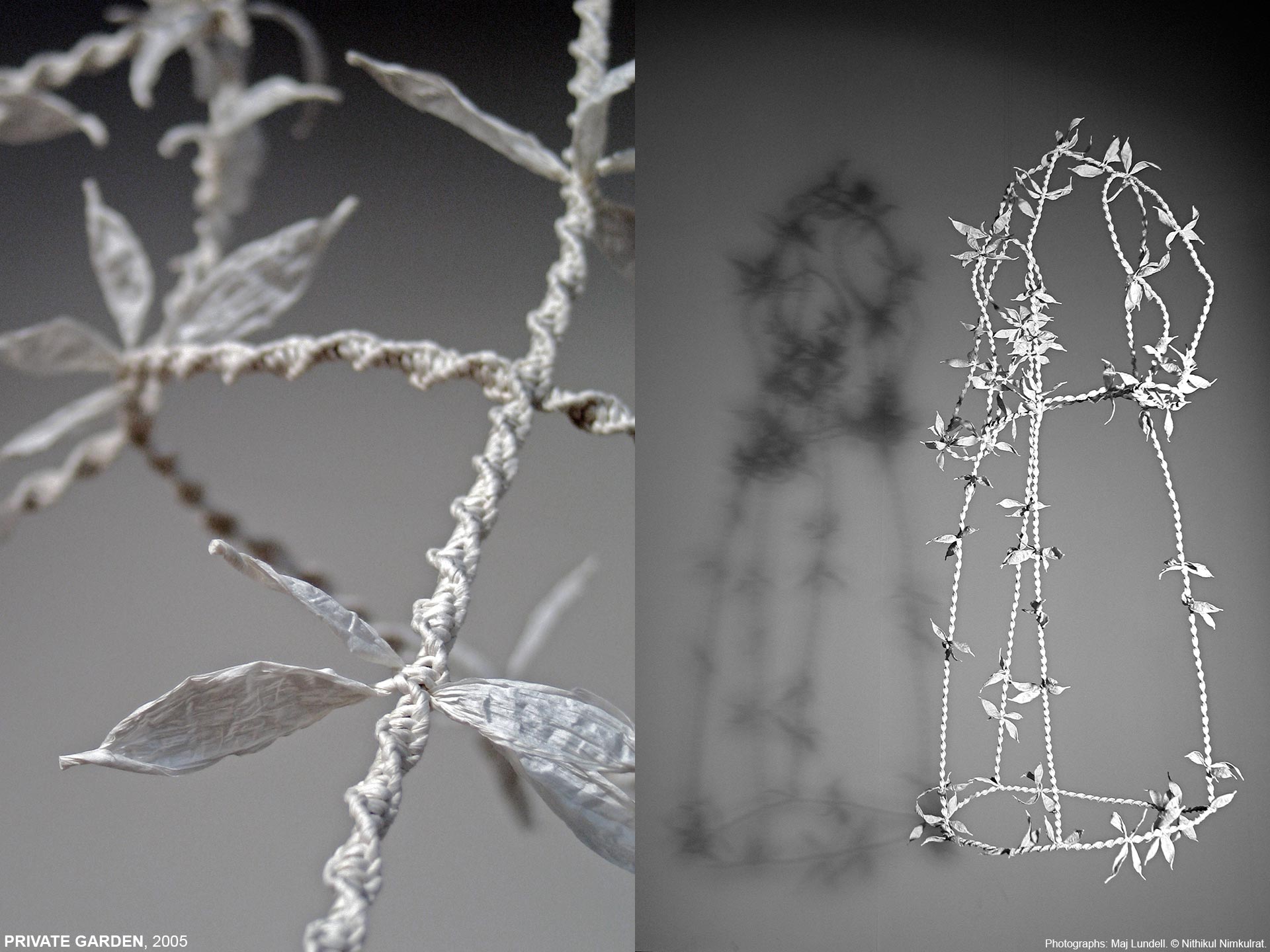 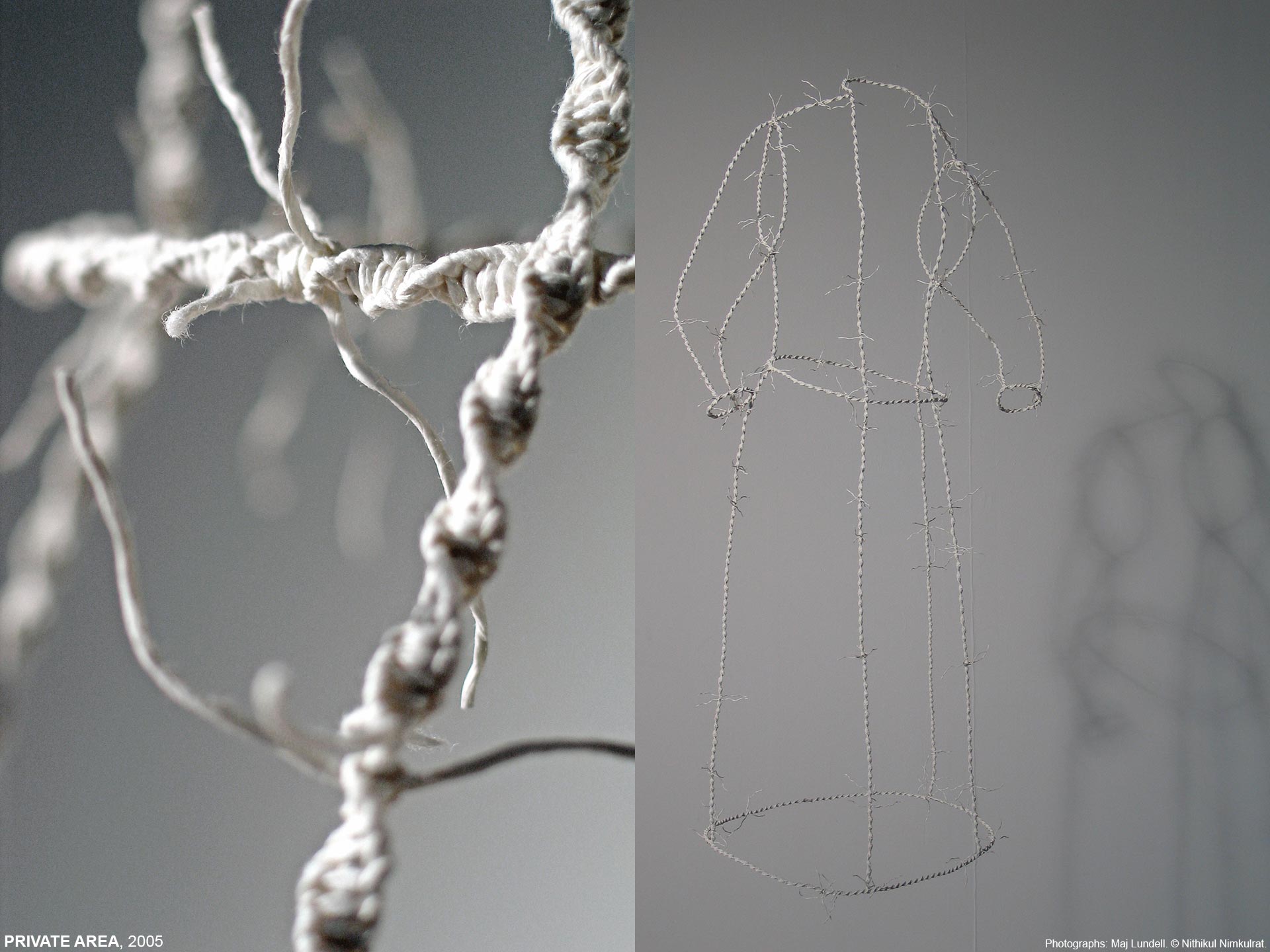 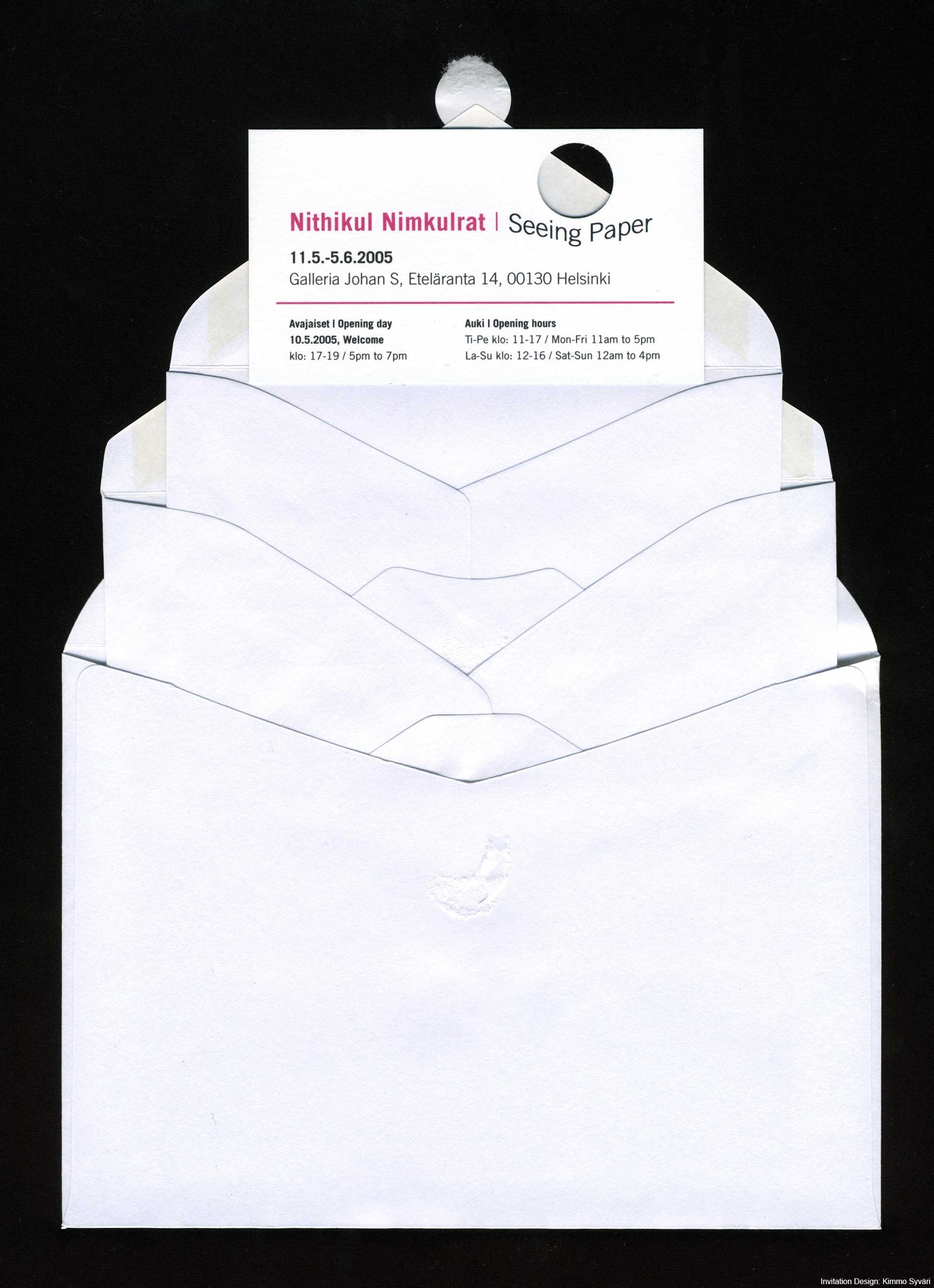 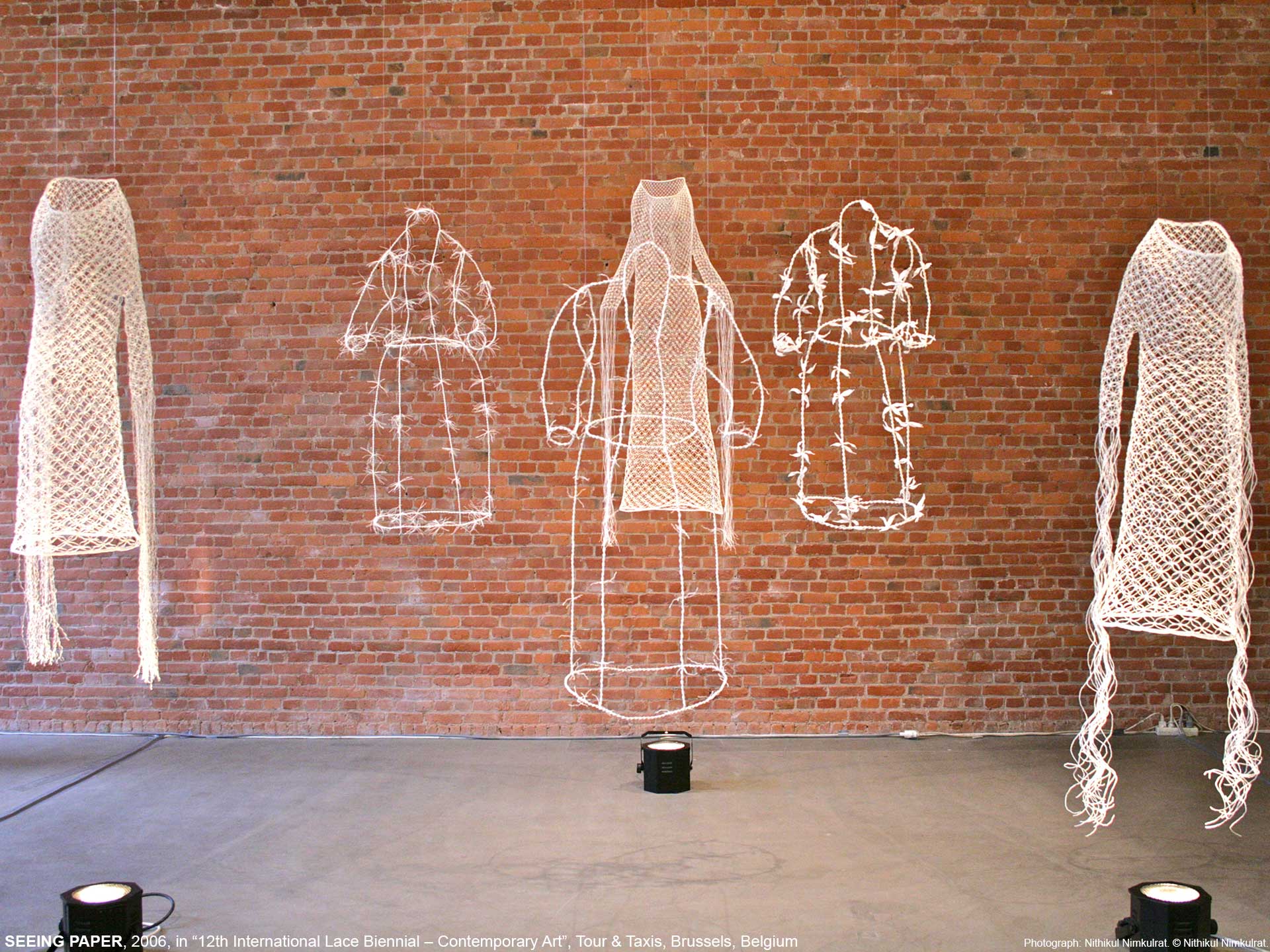