Ways of Being Strands: Exploration of Textile Craft Knots by Hand and Mathematics

The paper presents an ongoing collaborative project between a textile practitioner-researcher and a textile practitioner-mathematician that investigates the relationship between mathematical knot theory and knotted textiles. It examines how multiple monochrome textile knots may be characterised using mathematical analysis and how this in turn may facilitate the conceptualisation, design and production of knotted textiles.

Mathematical investigation of Nimkulrat’s knotted textile practice through the use of mathematical knot diagrams by Matthews revealed knot properties such as strand start/ end positions and strand active/passive roles which were indiscernible from the work alone. This approach led to a way of visualising knot designs using more than one colour prior to making. Further iterative design experimentation and material properties led to the creation of a new striped pattern and a three-dimensional artefact which will be exhibited.

The result of this current research phase illuminates the role of mathematics in making the knotting process explicit. It demonstrates the influence of mathematical analysis on craft practice and the significance of cross-disciplinary collaboration on the development of knotted pattern design. 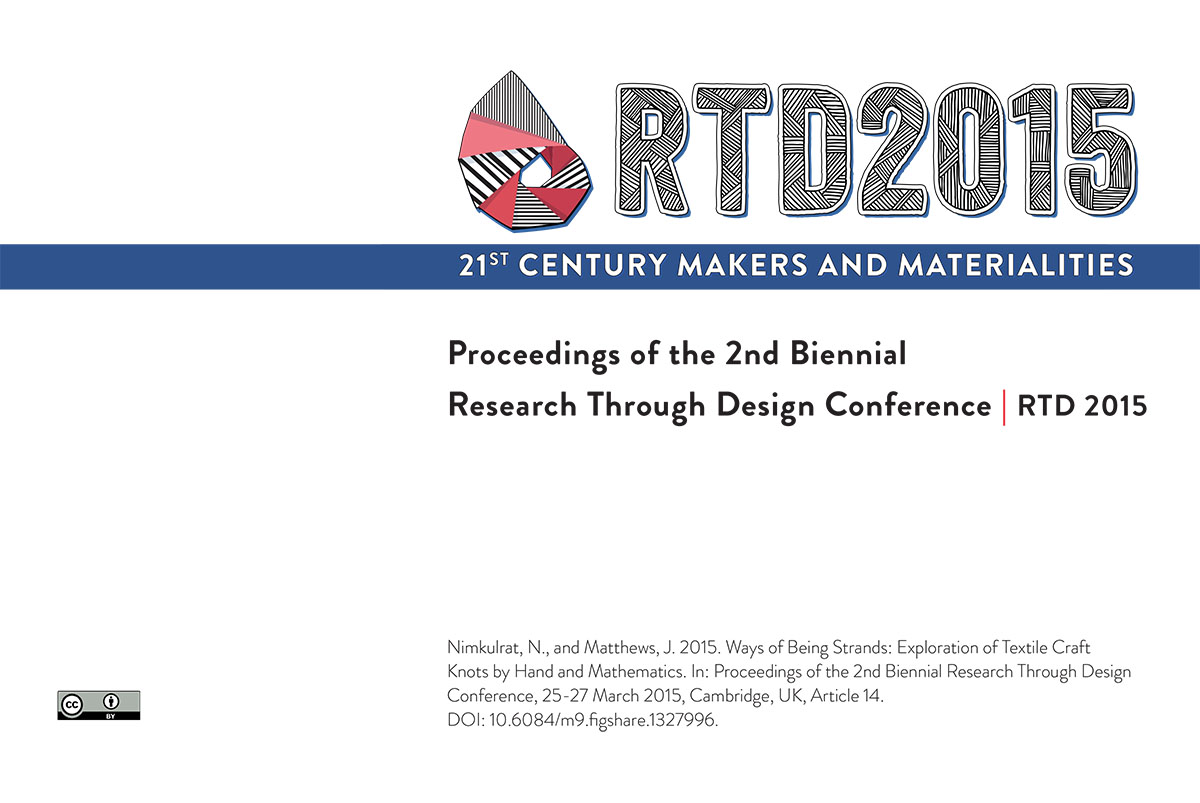