The purpose of the International Association of Societies of Design Research (IASDR) is to promote design research and its applications through international collaboration between societies of design research worldwide. Since the formal establishment of the Association on 1 November 2005, a series of international congresses have been organized biennially to promote design research. The first IASDR conference was held at the National Yunlin University of Science and Technology in Taiwan, in 2005. Then, in 2007, it was hosted by Hong Kong Polytechnic University, School of Design, in 2009 by the Korean Society of Design Science in Seoul, the Republic of Korea, and in 2011 by Delft University of Technology in the Netherlands. In 2013, the fifth Congress was held at Shibaura Institute of Technology in Tokyo, Japan, in collaboration with the Japanese Society for the Science of Design (JSSD), the Japan Society of Kansei Engineering (JSKE), the Science Council of Japan, the Korean Society of Design Science (KSDS), the Chinese Institute of Design (CID), the Design Research Society (DRS) and the Design Society (DS). The Crown Prince of Japan was present at the opening ceremony. Due to his presence, the ceremony was very formal and considered an important event for Japan. For this reason, all conference delegates had to pass through strict security control to enter the conference venue before the ceremony.

The theme of IASDR 2013 was ‘Consilience and Innovation in Design’. Based on this broad theme, the congress included presentations, keynote lectures and workshops that aimed at promoting the mutual understanding of design research and its diverse international perspectives, and at contributing to the advance of design research, practice and education within participating countries. With its extensive theme, the conference attracted more than 700 delegates from around the world, making the scale of the conference tremendous. There were more than 500 peer-reviewed papers included in the conference programme as oral presentations and about 80 papers as poster presentations, covering everything from cultural design probe to computer science. The oral presentations were structured into fourteen parallel strands, including 75 regular sessions (33 themes) and 21 invited sessions (fourteen themes), the topics of which being what the conference organizers considered emerging trends in design research. 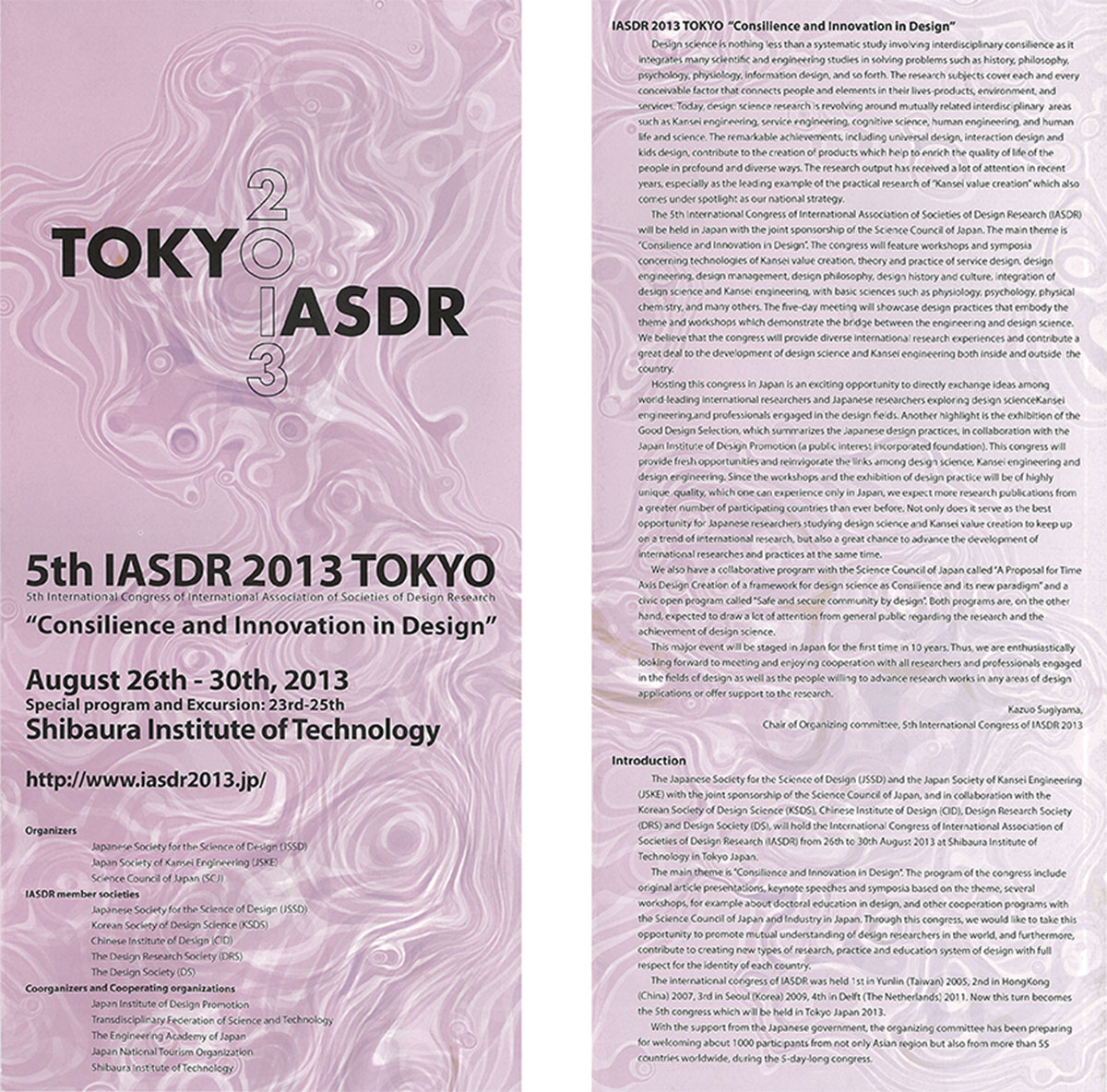