This series has arisen from a research project conducted in collaboration with mathematicians that seeks the relationship between craft knots and mathematics, knot theory and tiling concepts in particular. Through the exercise of colouring the diagrammatic representation of a group of repeated knots and knot units, possibilities for the exploration of designing coloured knot structures has emerged. The positions of black and white strands can create different colour patterns and structures.

For The Black & White Striped Armchair, the iterative process of its material experimentation led to a striped knot pattern. Being a basic pattern for interior textiles, the stripe pattern inspired the utilisation of this knotted structure for a functional form connected to interiors.

The series has been exhibited internationally in the following juried group exhibitions: 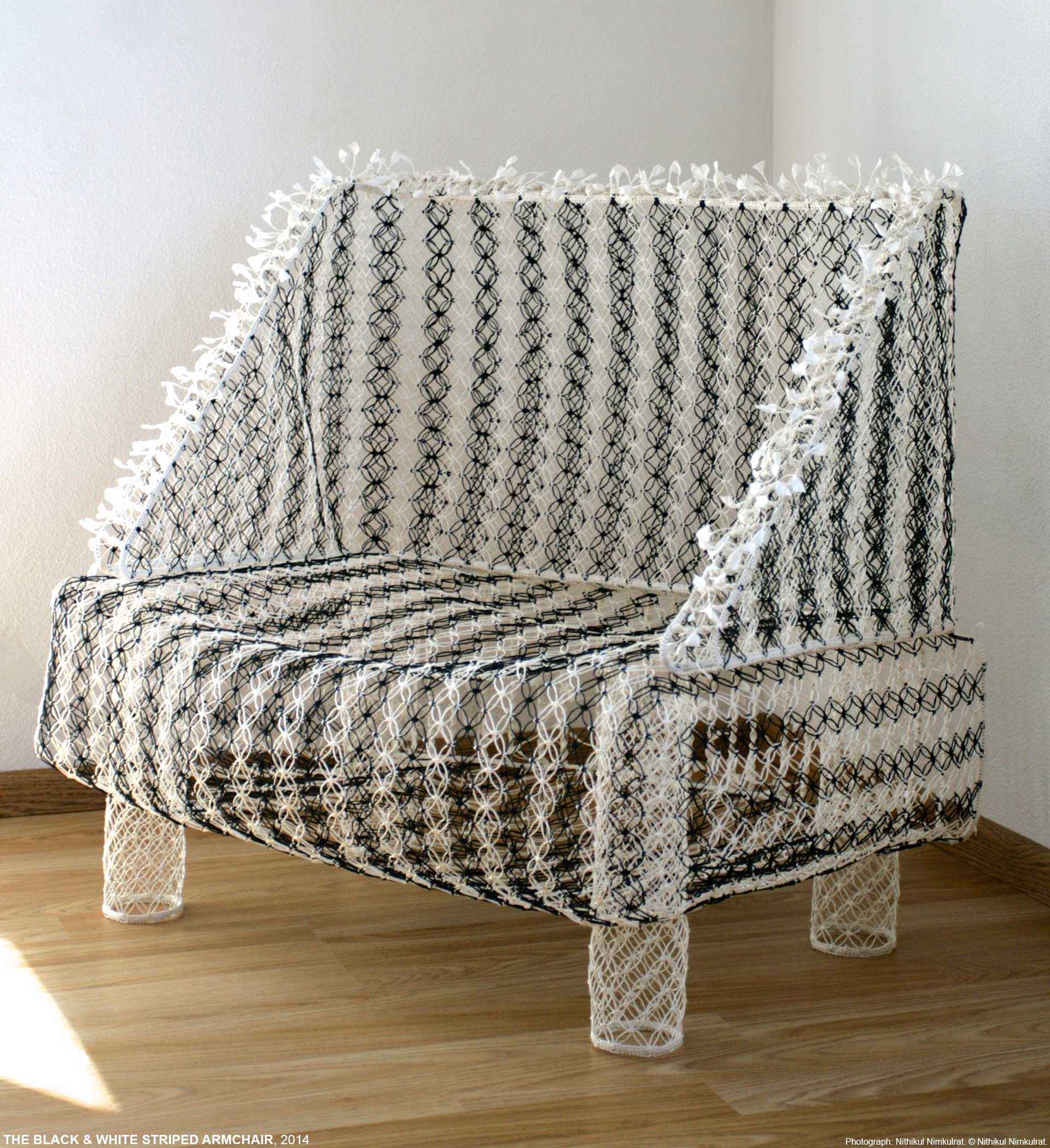 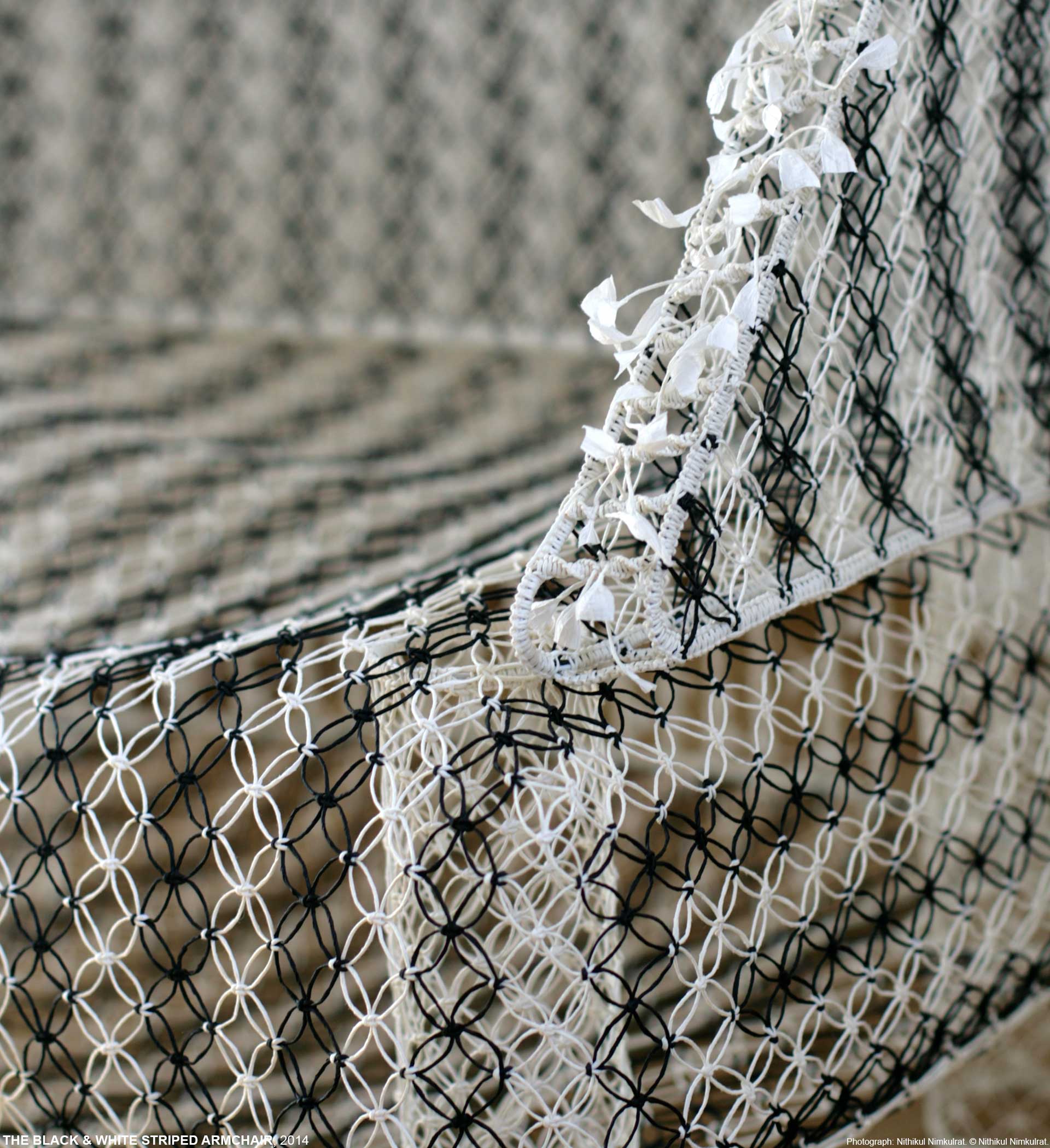 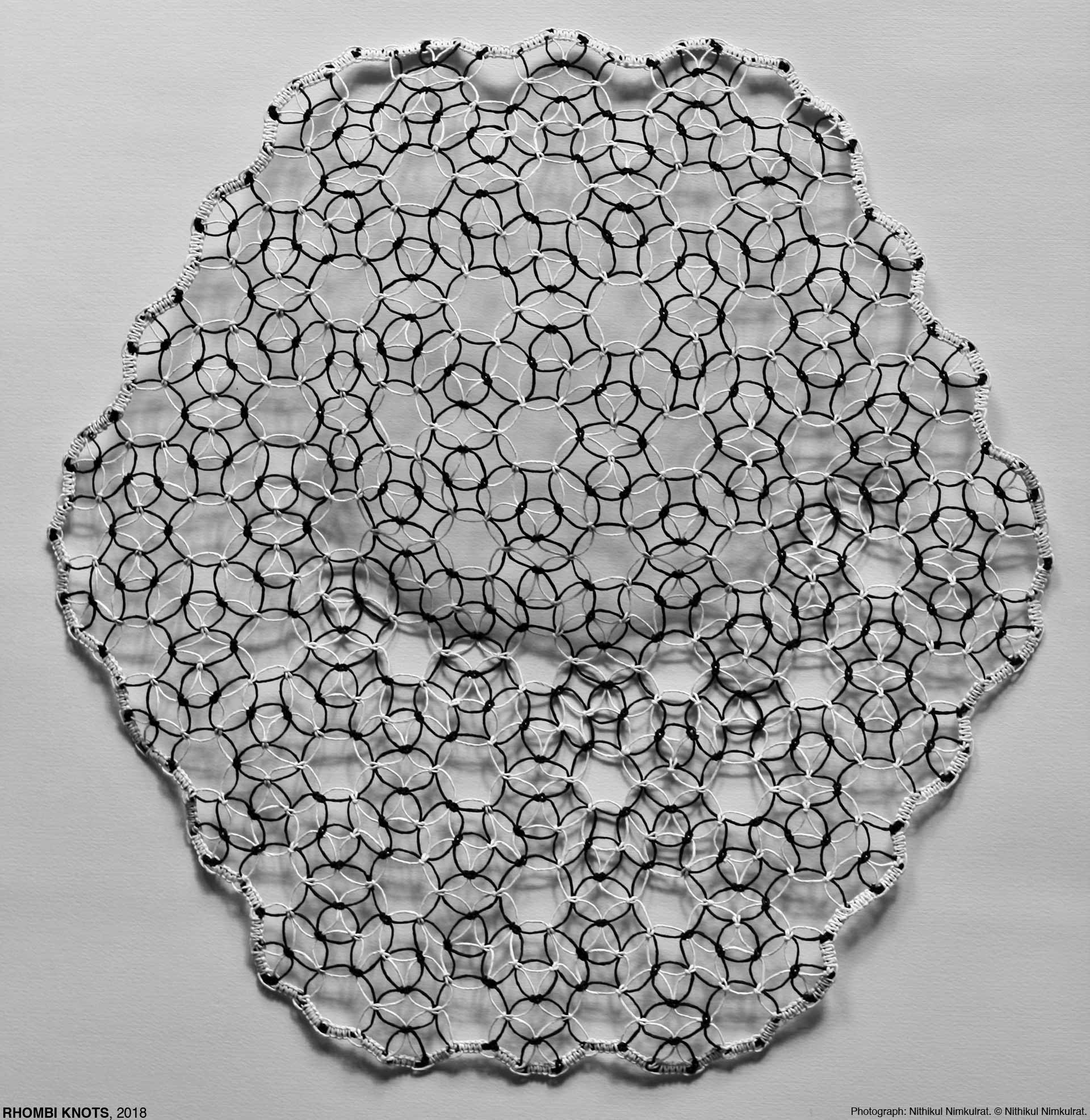